If you're a Disney fan or have little ones, the Character Breakfast at Makahiki will be re-opening in May on Monday's, Friday's and Saturday's, starting on the 7th. Breakfast reservations for the Disney Character Breakfast at Makahiki open April 26th and can be made by calling Aulani Resort at (808) 674-6200.
The Character Breakfast at Aulani is typically open to all, however for the month of May during the reopening, it will only be open to guests staying at Aulani. I suggest calling anyway, just in case. Tell them you are staying at the Beach Villas at Ko Olina next door.
Breakfast entrees include fluffy macadamia nut pancakes or a Hawaiian-style Loco Moco which is rice topped by a hamburger steak, topped with a fried egg all covered in gravy. These entries are accompanied by pastries and seasonal fresh fruit. Kids can choose the Mickey and Minnie waffle, which includes a Belgian mickey waffle and red velvet Minnie waffle.
Our property The Beach Villas at Ko Olina is nestled next to lagoon two while the Disney Aulani is located next door on lagoon one. All four of our lagoons in the Ko Olina Resort are connected via a wide beachfront promenade. A nice walk to and from under our gentle Hawaiian sunshine accompanied by light ocean breezes.
Email Post
Location: 92-1185 Ali'inui Dr, Kapolei, HI 96707, USA 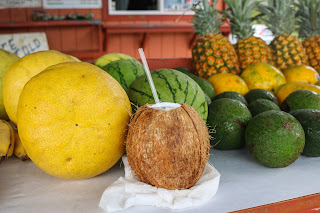